Is an Emergency Electrician Necessary in Montauk, NY?

No one likes it when their electrical system breaks down suddenly. Whether your lights go out or your circuit breakers trip, you may roll your eyes and sigh as you start to search the phone book to find a Montauk, NY electrician. 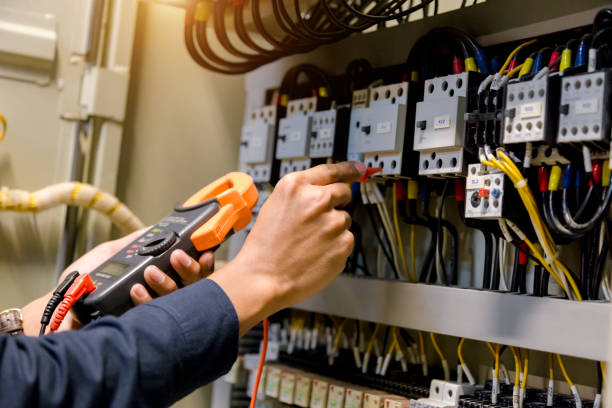 However, many people may wonder if you need to hire an emergency electrician whenever something goes wrong with their Suffolk County home? You may not necessarily need to hire an electrician, but there are a few things to consider before skipping that call. That’s why Absolute Electrical Service, Inc. is here to help.

How Much Work Do You Need To Do?

The first thing you should ask is how much work you need to have done with your electrical issue. Say your lights go out. If all you need to do is head to your circuit breakers and flick a switch, you don’t need to call an electrician to your Suffolk County home.

However, if you need to diagnose an issue and repair it, you can’t do that work by yourself. You should call a qualified electrician who can repair the electrical components quickly and safely.

Can You Survive Without It?

What is the problem that you may need to call an electrician for? Do you need to repair the issue right away, or can you survive with it for a while? As long as the problem won’t pose any safety risks if you ignore it, you can hold off on calling an electrician to your Montauk, NY house.

For example, if you need to replace a few light fixtures if they stop working, you can probably hold off on repairing those electrical devices.

Is Ignoring the Issue Dangerous?

However, as we mentioned, you should never ignore issues if they pose safety risks. For instance, you should never avoid calling an electrician if you notice exposed or broken electrical wiring. This is especially true if there is water around that area.

If you need to call an emergency electrician, call Absolute Electrical Service, Inc. at 631-567-1500. Our electricians have taken the proper apprenticeship programs and have the necessary job training to ensure they can diagnose, install, and maintain your electrical components.

Some information about Montauk, NY

Montauk is a hamlet and census-designated place (CDP) in the Town of East Hampton in Suffolk County, New York, on the eastern end of the South Shore of Long Island. As of the 2010 United States census, the CDP’s population was 3,326.

Montauk derives its name from the Montaukett tribe, an Algonquian-speaking tribe who lived in the area. In 1614, Dutch explorer Adriaen Block encountered the tribe at Montauk Point, which he named Hoeck van de Visschers, or ‘Point of the Fishers’. Two decades later, in 1637, the Montauketts sided for their own protection with the New England settlers in the Pequot War in Connecticut. In the aftermath the Montauketts were to sell Gardiners Island. In 1648 what would become the Town of Easthampton (first Maidstone) was sold to settlers by the colony of Connecticut and the colony of New Haven while retaining the lands to the east, from the hills rising above where the first fort stood (Napeague, New York) to Montauk Point. The western boundary of today’s Hither Hills State Park is also known as the 1648 purchase line.

In 1653, Narragansetts under Ninigret attacked and burned the Montaukett village, killing 30 and capturing one of Chief Wyandanch’s daughters. The daughter was recovered with the aid of Lion Gardiner (who in turn was given a large portion of Smithtown, New York in appreciation). The Montauketts, ravaged by smallpox and fearing extermination by the Narragansetts, were provided temporary refuge by white settlers in East Hampton. Many short but famous battles ensued. The skirmishes ended in 1657. Fort Pond Bay derives its name from a Montaukett ‘fort’ on its shore. A deed was issued in 1661 titled ‘Ye deed of Guift’ which granted all of the lands east of Fort Pond to be for the common use of both the Indians and the townsmen.

Further purchase agreements were entered into in 1661, 1672 and 1686 which, among other things, allowed a group of Easthampton townsmen to graze cattle on the Montaukett lands. While some lands were protected in the agreements as forest land, for the most part, all of Montauk was maintained by the townsmen as a private livestock and fisheries operation. As a result of Montauk being operated as a livestock operation, it is considered to be the oldest cattle ranch in the United States.